During the twenties of the past century, groups of boys from the Bible study groups of the Rhineland - called BK for "Bibelkreis" - went to camp on the North Sea island of Baltrum. After a couple of years passed, they decided to build a house there. The inauguration took place on July 16, 1929, with a service. The house was very simple then. There were straw mattresses to sleep on, oil lamps for light and water had to be pumped by hand from the ground. 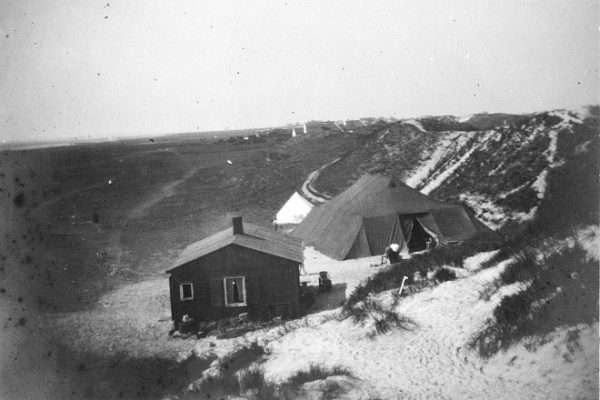 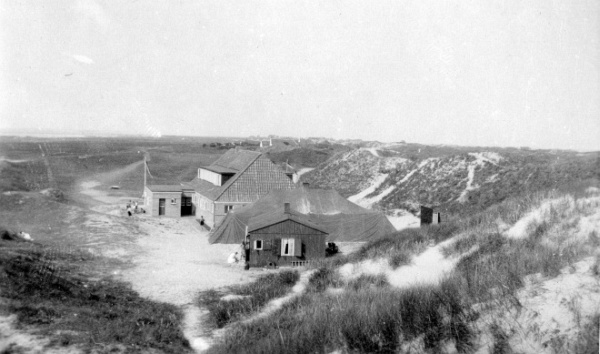 To save the house from being confiscated by the Hitler Youth, it was sold for one reichsmark to the local Fisherman Mr. Harms in 1939 - who promised to give it back after the end of the "Thousand-Year Reich". Harms kept his promise. As the Nazis were defeated, he sold the house back for one reichsmark to the BK. Since 1946, many young people keep coming to the BK-Heim on Baltrum.

The house now belongs to the successor organisation of BK: ESR e.V.

From 1952 to 2002 - that is for 50 years - the house was administered by Johannes Goosses from Duisburg. He was awarded with the Federal Cross of Merit for his engagement. He made sure the BK-Heim was improved, renovated several times and adapted to present-day requirements. It still is a simple youth community centre - not a hotel.

In August 2004 the commemoration of the 75th anniversary of the BK-Heim took place. Everyone on Baltrum was invited, a service was held and a stand was placed on the "Promenadenfest" on Baltrum. The same year Johannes Rau visited the BK-Heim for the last time. The Federal President had been a member of ESR for many years and died in 2006. (Report in the island magazine "Inselglocke" in German: http://www.inselglocke.de/3-04/3-04rau.htm) 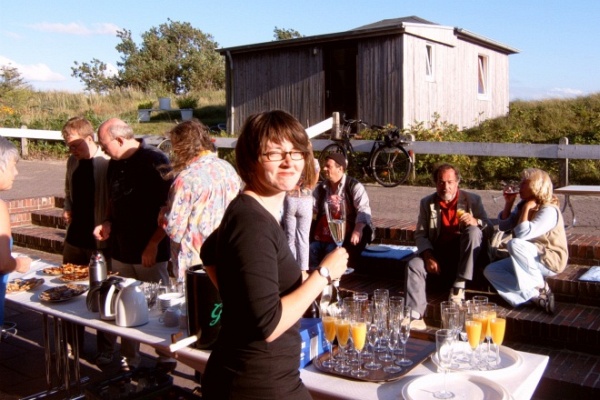 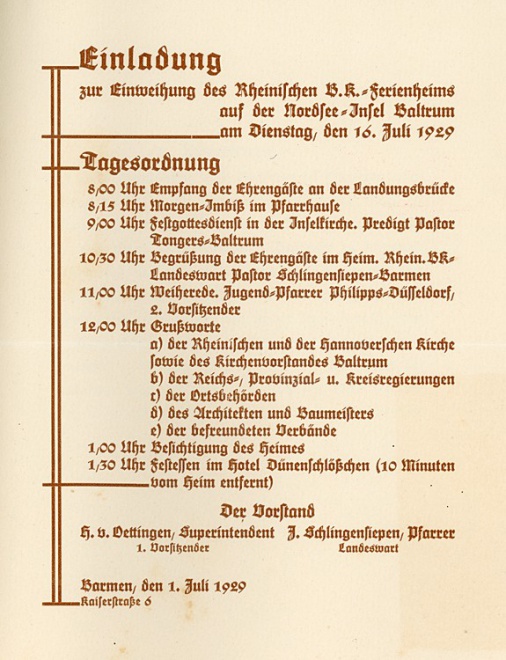